The Making of Swenglish - the Documentary 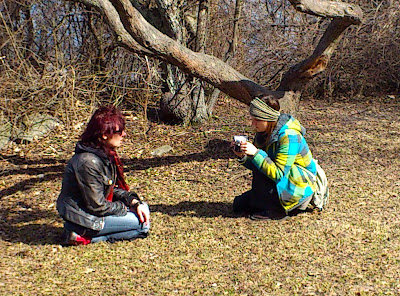 For a whole week I've been followed by a film maker from Brighton. So now I've gained a greater understanding for how the participants in the Swenglish project felt when I invaded their lives. To have someone who's always there, observing every step you take is both exciting and exhausting. 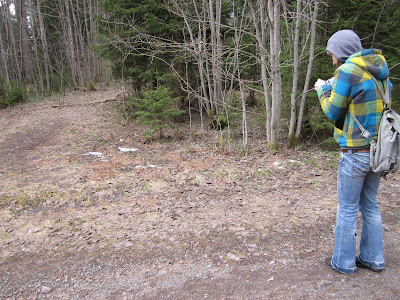 Adriana Sabau has previously worked for a TV company in Romania, made music videos for English bands and now she's working with Sean Creed for Brighton & Hove Community TV. 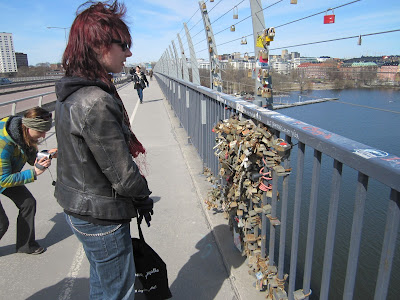 Apart from interviewing me and some of the people I stayed with during the project, she filmed Swedish environments in Stockholm as well as Småland. Everything from Västerbron ("The Western Bridge") to the last bit of snow that was left in the outskirts of Nässjö. 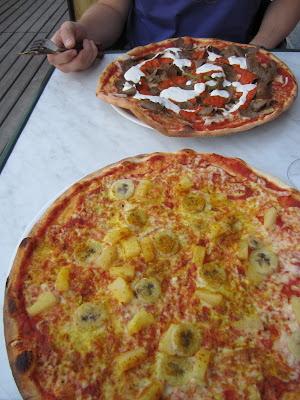 In the English part of the documentary, Adriana filmed me when I had English breakfast and Sunday roast. Here in Sweden she filmed "Swedish" pizza, Swedish cheesecake and pytt i panna ("bits in a pan"). 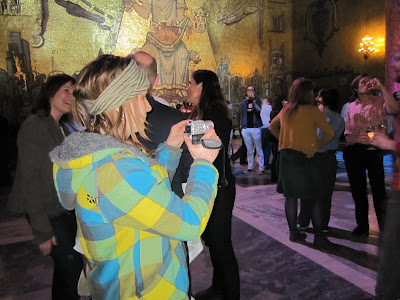 Other highlights included filming elks at Skansen Zoo (we weren't patient enough to wait them out in the forest) and partying in the City Hall of Stockholm - something that is normally reserved for Nobel Prize Winners, but we were lucky to be there for Culture Night.
There are 15 hours of film if you add up the English and Swedish part .... I'm looking forward to see the result that will be a 50 minute long documentary.
Photo 1 & 3: Daniel Halvardsson
PÅ SVENSKA
Posted by Louise Halvardsson at 15:25