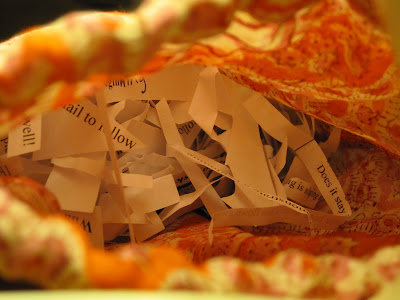 I asked all the people I stayed with during Swenglish if they had a favourite word or expression. There's a big difference between a word and an expression because an expression can sometimes also work as a motto, but most people chose to answer with just one word. And some people didn't have an answer. I've chosen to keep the Swedish words in, very useful words to know if you ever plan on visiting Sweden!
FAVOURITE WORDS/EXPRESSION BY PEOPLE IN ENGLAND:
Panoply, Ruffle (" I like the sound of them.")
Bof! (French. "I like things you can’t translate. The French communicate a lot without speaking, with sounds and shrugs .” )
Indigo
Silver (”In a poem I have to be careful to put it in, so I don’t always use it.”)
Think less, do more. (“ Although I think a lot, keeping busy has been really good for me.” )
Chthonic (From Greek mythology = of or relating to the underworld    )
You live and learn, but in my case you live.
Swirlingly (The person who said this word thinks she has invented it herself.)
Amazing (“And Awesome, but that's a Kiwi-thing.”)
It’s like Picadilly Circus in here.
Heirloom ("It sounds so nice, a word in its own right, it’s not part of any expression.”)
”Apparently the fave word of Brits is Serendipity, but I'd say ’Somewhat’ – I'd rather that be my favourite word.’


FAVOURITE WORDS/EXPRESSION BY PEOPLE IN SWEDEN::
D’accord (”Okay” or agreeing to something in French.)
Verkligen, Väldigt (= Really, Very. ”When I write school stuff I want to add words that aren't very suitable for academic writing …”)

Nu knullar det i munnen. (= Now it's fucking in the mouth. Said about very tasty food.)
Neo (”The name of my cousin's child. At the moment I notice people's names. If you've got a name you've got an identity.")
Amazing, Laila tov (= Goodnight in Hebrew.)
He (= Put, a word from the North of Sweden.)
Fantastiskt, Enastående Ljuvligt (= Fantastic, Astonishing, Lovely. ”I use a lot of expletives, for example ’det var helt sinnessjukt’ = 'that was totally insane". That's part of how I express myself.”)
Horisont (= Horizon ”I find it so pretty, unattainable, but still new ... Well, I don't know, I'm just talking bullshit.”)
Merde (”Fuck it” in French.)
Fair enough (”As my English teacher used to say all the time.”)
Vidrig (= Obnoxious, Disgusting. ”Then it's really bad. I saw that someone described some food as "vidrig", but if you use it too much it loses its meaning.”)
Det ordnar sig alltid. Allt löser sig. (= It will always work out. Everything will work out.)
Rövelen! (Untranslateable! Something you say when you're angry, but with a sense of humour)
Kanon! (= Great! it does not mean cannon!)
YOUR FAVOURITE WORD?
I find it exciting that some of the participants choose French words or other words that weren't their mother-tongue. Some people picked words because of the meaning, others because they liked the sound of them. I like words beginning with v: verkligen (=really), viadukt (=viaduct), vemod (= sadness, melancholy). And I actually really like the word really. What's your favourite word or expression?
This study is by no means scientific, the answers are based on interviewing 15 people in England and 15 fifteen people in Sweden, age 22-59. Look out for the next question: How did you end up where you live now?
PÅ SVENSKA
Posted by Louise Halvardsson at 20:47