Week20: A bit of England in Sweden 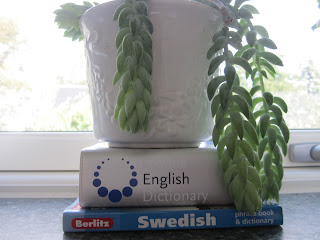 I’m jealous of my current host. She gets to speak and hear English everyday because she’s brought a bit of England to Sweden in the form of an Englishman. They live in a beautiful house on Österlen, the famous flatland in the south of Sweden where the sky is big and you’re surrounded by a special light.

Everyday I’ve been for walks, walking for half an hour in each direction and I’ve come across a church and a few art galleries, but mostly there are fields and tractors among the scattered villages where people live. I pointed out that in England it would be unusual to walk for half an hour in the countryside and not come across a pub, and that I missed it. Not that I would go to the pub everyday, but just knowing that I had the option would make me feel less isolated. This turned into a heated discussion between my hosts about whether the Swedish countryside has a heart ... Of course it has! It’s just different from England, perhaps to do with the population. Sometimes I find there’s a freedom in the fact that you can’t walk to a pub – there’s nothing to escape to and you’re forced to deal with yourself. 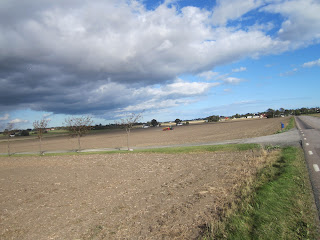 Apart from the English sausages in the fridge there’s nothing particularly English about the lifestyle of my hosts, it’s just the language really. After three days of having conversations in English I’ve gone back to thinking and dreaming and writing in English. In my head I switched to Swedish just a few weeks ago after having had English as my main thinking and dreaming and writing language for the past few years. Now I’m confused!

My host’s feeling is that Swedish and English aren’t just different because they’re different languages, but the whole structure, how you express yourself and make your voice heard is different and creates one English identity and one Swedish identity. Because her boyfriend doesn’t yet master Swedish she needs to keep her English identity even if she lives in Sweden. He in his turn misses to be able to speak in his Geordie accent with people from the same area.

If I decide to live in Sweden I hope to make some English friends because I miss my English persona and if I decide to live in England I’ll make more of an effort to hang out with Swedish people – something I hated when first moved to Brighton. It can be confusing, but also enriching to keep two languages alive.