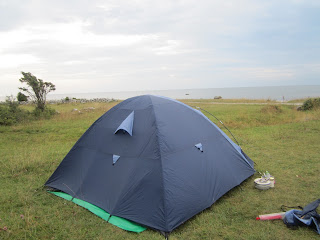 In Sweden it's legal to put up a tent anywhere in nature for one night without asking for permission. This "right" is part of something called Allemansrätten ("Everyman's Right") and basically means that you've got the freedom to roam in nature.  Allemansrätten is not a law but is inscribed into one of Sweden's four constitutions and is unique for the Nordic countries. 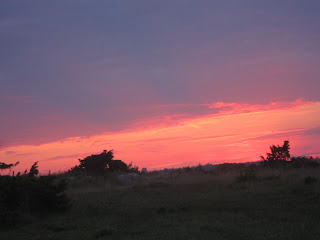 Over the weekend I went camping with my friends on Öland - a Swedish island in the Baltic sea. We took a chance and followed a dirt track down to the sea and put up our tent. It stank of cowpat and seaweed, but I experienced a real sense of freedom and the sunset was a beauty. Some of us also had a (naked) bath in the sea. The cows left us alone, although some birdwatchers woke us up in the morning ...

(I've camped in "the wild" in England too, so it's possible. Now I almost missed the excitement of the risk that a farmer would come by with his gun ... )

Posted by Louise Halvardsson at 16:34