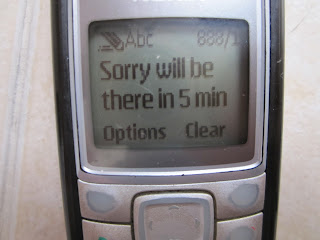 For my last Swenglish week in England, I stayed with a Swedish guy who has lived in Brighton for as long as I have – about ten years. Like me he doesn’t look very Swedish, but says that the older he gets the more Swedish he feels.

We spent some time chatting about the differencies between Sweden and England and my host thought that Swedish people are more reliable: they mean what they say and keep their word. An English person might say ”Let’s meet up next week” even if she or he has no intention of doing so. It doesn’t mean the person is lying though: it’s part of their social script, just another polite phrase. If a Swedish person says ”Let’s meet up next week” she or he will usually get her diary our and make an arrangement as soon as possible. 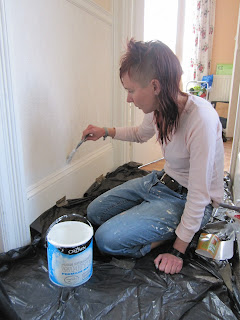 With reliability comes punctuality. My host is rehearsing for a show he is doing, and walking to the rehearsal space he predicted that the director would be late – he was right. The actor who turned up for the second half of the day was late too. In my experience most English people think it’s okay to be up to fifteen minutes late without saying anything. After fifteen minutes she or he might send a text, saying sorry, but expecting the person who is waiting to be totally fine with it.

My host has affectionally been accused of being a ”Smug Swede” by his English girlfriend because he’s got the attitude that Sweden is superior in many ways which is true when it comes to how the houses are buildt or how things are organised in general.

Yesterday we helped the girlfriend to paint her flat. We were supposed to be there for 9, but didn’t turn up until 10. The danger of being a Swede living in England is that you lose your reliability and adopt any attitude of being late just because everyone else always is. Hopefully I won’t miss my plane to Sweden next week ...