Question 1b+c: What would you NOT miss about England/Sweden if you lived abroad and what would you like to change about your country? 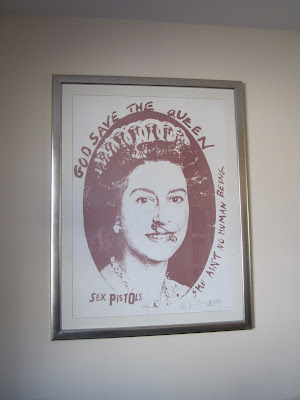 For people to be more direct, more warm, more open
Wanting people to be warmer to each other and strangers
The unfriendliness. For people to be more respectful of each other in public spaces.
“People can be quite cold, people are not as hospitable as in other countries. People here can be really private, they don’t want to be disturbed.”
“English people can be a bit guarded, abroad people aren't suspicious of strangers right away.”
Bad manners, up-tightness, the British reserve
The non-reliability, people not keeping their word

“There’s a bit of an attitude of looking out for yourself, it didn't used to be, people are making money, not giving it to anyone, not looking out for other people, there’s more of a grabby attitude going on.”

A more positive attitude towards life and other people in general. “It’s not OK to do well in , you’re looked down on. If someone’s doing well you don’t get enough encouragement.”

David Cameron
A system that pretends it’s democracy, the deception of politics
The zeitgeist culture, the way this country is run
Insularity, Anglo-centricity
The Xenophobia, “It’s not so apparent in , but a lot of the country is quite racist”
Get rid of racism “People think you should get stuff just because you’re British, people just want things for free and aren't willing to pass it forward,  there’s a racist culture, because the they want someone to blame, they've got this idea that it was better in the old days, I’m not sure it was really.”

The bureaucracy. “There are a lot of forms to fill in.”
Red tape bureaucracy, all the rules for everything, lack of being able to do what you want, applying health and safety to everything.
The nanny-state, ”my friend couldn't take a picture of her child in the swimming pool,
is everyone a pedophile?”

“The establishment is too entrenched with public school and the royal family, it feels a bit oppressive at times.”
The way some people have gone about the Jubilee, “stop putting so much emphasis on the royal family”

Council estates, chavs
Binge drinking
The class system “I can’t bear snobbery”
The snobbery “I hate the facade English people put on, they say one thing, but mean another. They talk behind each others backs”

“Mainstream British poetry is apathetic and dull and it’s all Larkin’s fault. I would
like people to be more critically engaged and interested."

Less of a youth culture, more mixing between the ages

Unpredictable weather, long wet grey wintertime, the weather, the crap summer weather, “I like having seasons, but would like to have seasons that do what they say they do” 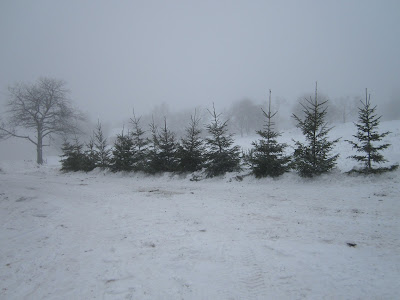 Move Sweden further South. The Weather, the rain, the cold, the winter. The cold and the darkness. The summer should be longer and dryer, wanting the Swedish summer to really be summer. ”In winter you’re so aware that the weather is shit, but you’re prepared for it, it’s more frustrating in summer.”

”It’s a bit too moralising sometimes, but it’s not only a bad thing it depends on how much I agree.
”Sometimes it’s annoying that Swedish people are so obedient, there are so many rules and that, abroad people don’t queue and they smoke everywhere, there’s more freedom, but sometimes I can miss the Swedishness, there’s a bit of hypocrisy.”
”There’s a lot about the square thinking that annoys me but that I also appreciate”.

That everybody has to be the same and that you’re not allowed to be good at anything
The bitterness, the apathy, that there’s no spark.

The racism, the growing suspicion against foreigners, a growing “we and them”-feeling, the segregation
“Multi-culture is an area where we lack debate and information.”
”Sweden should be much bigger. You should bring a million Chinese people here, it’s so fucking small everywhere. There should be more bigger cities that are exciting to explore.There should be more of everything.”

”Political debates should be kept at a relevant level, not about voting after the wallet and things like that.”
Fire 75% of the politicians. The conservative government.

The pubs and bars. ”It’s so much nicer to go out abroad”.
Expensive to go out and have a beer, expensive to go out an eat
The Swedish non-spontaneity, to just be able to meet after work. ”Here everything needs to be planned, it kills the spontaneity, limits the social life”
For people to be a bit more open and sociable. The quietness, that we’re so suspicious.

People should be better at taking care of old people

My thoughts: Warm and Cold

Everybody knows that English people are traditionally known for being polite, that’s why it was interesting that so many people living in wanted people to be more warm or open. But then being polite is not the same as being warm and open… Swedes wanted people to be more sociable as well, but it wasn't as high on the list. For Swedish people the weather and the winter seemed to be the biggest topic for dislike and change.

Racism is a problem in both countries. English people seemed slightly more upset about the system and how the country is run. Swedes have mixed feelings. And for the moment I’ll leave it to someone else to analyse the rest of the politics.

What I don’t miss about is the cold inside, the cold houses. Not a single English person mentioned cold houses: they’re used to it. It’s just me, born a fussy spoilt Swede with no right to complain… What I’d like to change anyway is the housing situation, making it cheaper and easier for people to find a good place to live.

What I don’t miss about is … yes, the cold outside, the long winter. And I would like people to be more polite and say sorry when they bump into you.

In both cases my list could be quite long, but I just wrote down the very first things that popped into my mind, and that’s how most “Swenglish people” answered the questions.

This study is by no means scientific, the answers are based on interviewing fifteen people in England and fifteen people in Sweden, aged 22-59. Look out for the next question: What does being English/Swedish mean to you?

Posted by Louise Halvardsson at 22:14