Question 2: What does it mean to you being English/Swedish?

A few of the people I stayed with were born in countries outside or or had mixed nationalities, but I've included some of their answers as well.

What being English meant to people in England 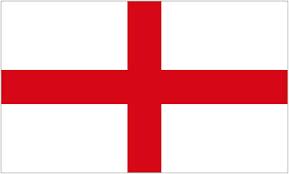 Cricket in the summer (I prefer playing to watching).Yorkshire pudding. Full English breakfast. Ploughman’s lunch. Tennis – . Buildings. Great language to play around with. Multiculturalism. Enjoying the seasons. Having a small country with lots of different stuff in it – different aspects of the country, dialects etc. The coast. Literature, poetry. Get a cup of tea and watch David Attenburg’s antic road show. I definitely identify myself as being English, more than British

Not very much really. To be proud of being English is a violent and dangerous thing

A sense of belonging, a rooted feeling of seeing the English countryside

Shared associations, cultural references, shared collected experiences of my generation living in , all the things I've been part of: the women’s liberation moment, political things, demonstrations

My travelling has made me more diluted than being English. I like a c cup of tea and English food actually. Curry is very English. I’m privileged to be British, the passport can take you anywhere. We have the NHS. We’re allowed to be eccentric, people are more similar in other countries, punk and all that came out of

I’m half Irish, I’m not totally at home with my Englishness. It can mean a high hybridity, a lot of people are half Irish, half Scottish, half Welsh…

There’s nothing but benefits being English. I had great education. I’m not poor. There’s a great health service, NHS is really a great English thing

I’m only half-English, my mum is half Scottish, half Welsh. It doesn't mean much to me… An accident of birth, I happen to be here because of my parents. I’m nor proud or ashamed. I identify myself as British

Well, I’m half Irish. We should be European, integrated with everyone. We were a sea-faring nation, we have the potential of being inclusive of everyone. It doesn't mean much to me really, everyone is mixed up, that’s one thing that’s good about modern , we get a lot of different views and cultures mixed together. I identify as British

We can travel anywhere with our passport. Have not thought about that, am not a massive patriot. The only time it was handy being English was in
because they hate the Americans. I only identify as English because of my accent I suppose. We didn't have football in our lives, no church of England religion… We were not segregated out to be English

Well I've never actually felt English, both my parents are South African, both of them had a kind of grudge against the British. Even if they’d decided to live here, there’s always this kind of thing, this pride in not being English. I grew up feeling I’m glad I’m not English. I don’t feel completely English when I've travelled abroad, I've felt a little bit almost ashamed of being English, don’t know what that’s all about, if that’s our history, the whole colonial thing, and the English are mocked for their reservedness

I used to say I was English, but it wasn't very PC, so now I've changed to saying British, it’s almost an abstract feeling, it doesn't differ from being anything else

I feel very proud to be English. People seem to get very excited about English people abroad. They ask you questions about stereotypical things. I like that people have an idea about English things. I love our history, people from the entertainment industry are known worldwide.

What being Swedish meant to people in Sweden 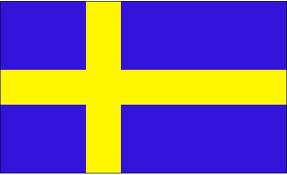 That I have a natural right to be here, that I’m someone who is considered worthy of living in this country

I think of myself as Swedish. What a question! It’s not something I've thought about a lot. It’s good I suppose. Sometimes you can almost feel that people treat you better, Swedes have quite a good reputation after all

I guess I feel like a quite typical Swede, shy and quiet, like Swedes often are. I can feel that I’m lucky to be born here, compared to somewhere else in the world. Here you always got somewhere to live, you’ll get by

Not more than that I happen to live in the part of the world that is called Sweden. I’m a human being on planet earth. In practise I've grown up here and my behavior and personality is moulded by the culture, you see that when you go abroad. My life philosophy is that it’s important to reflect if I've chosen my country/culture/religion of free will or do I just carry on the way I was raised?

The freedom to room. I've got Finnish heritage, but don’t see myself as half Finish. Although I feel a little bit at home when I hear the dialect, a bit of a home feeling, even though I wouldn't be able to live there

The way I look at it I’m very privileged that I’m born here at this time which means a lot of relative freedom to create and shape your life the way you want it. The privilige to live here in the 2010s. But I’m not very patriotic

A kind of security in a way. Sweden has a safety net, things that work, schools, health care, if something should go wrong you would get help. When I was younger I was often told that I don’t look Swedish. My grandma came here as a little child, she was half Austrian  half Polish Jew. When I’m travelling I say that I’m Swedish, it doesn't go deeper than that

Quite a lot, am quite proud to be Swedish after all, that you have all traditions, it means a lot to me. I might as well have a Swedish nationality as any other nationality, but I’m Swedish, all my relatives are form Sweden

Freedom is the first thing I think about. We can live as individuals to some extent. Freedom as an individual, not too much Big Brother. Very liberal. Nobody tells me what music to listen to or what sites that come up on the net

Freedom. The freedom to room. That things are open, buildt on common ground that people can walk on. I don’t need to feel guilt when I walk about, that I’m an intruder. I righteously walk on the streets.

It’s really hard, in the States it’s good fun, they like you there if you’re Swedish. You can always be proud when someone says: ”Is that the country where you have high taxes?” Then I say: ”Yes it’s us, we take care of each other over there.”

I’m grateful that I’m Swedish, that I was born in Sweden, when you look at the state of the rest of the world, you have all sorts of opportunities here. I see myself as Swedish with a mix of molecules from outer space, a citizen of different parts. I’m just as home in Egypt or France; when I was there I thought ”I could have been born here”

What being Swedish/English means to me 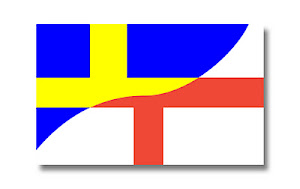 I can’t get away from being Swedish. is the country I was born in, so yes I’m Swedish, but it doesn't necessarily mean that I feel Swedish. After ten years in I feel a bit alienated as I haven’t bothered to follow the Swedish news while I've been away, and I have no idea who different celebrities are or what other cultural stuff is going on. Not that I care about celebrities, but sometimes it would be good to at least have an idea what people are talking about. On the other hand I felt just as alienated in , never quite understanding the system. And I hadn't grown up with the same TV programmes as my friends.

What makes me feel Swedish is that I have a very strong relationship with nature and forest in particular, but then nature lovers live all over the world. What makes me feel English is that I've lost a bit of my “Swedish moral”, before I was more rigid when it came to certain rules, now I've let go a bit. But it doesn't mean that English people have no moral! It’s very hard to base your identity on national values or traditions. I prefer tea to coffee. I like having an English breakfast. And I only put the light on in the room I’m in at the moment - I don’t do what most Swedish people do: keeping the lights on in rooms they aren't even using. And I say “thank you” every time I order something as the word “please” doesn't exist in Swedish, and I say “sorry” a lot when I bump into people. So I've brought some English habits to , but then again, it doesn't necessarily make me English.

A lot of the people I stayed with had either lived abroad for a while or travelled a lot and I think that opens your mind. You realise what habits and ideas you carry with you, which ones are good, which ones are not so good.

I’d never say that I’m proud to be one nationality or another. As some people answered: I just happened to be born in . Sometimes it annoyed me when people in England kept asking where I was from, but sometimes I enjoyed the attention. (But I don't know why so many Englishmen associate Swedish girls with porn! Very irritating!) There are many times that I've wished that I was born in just because it would be great to have English as a mother tongue. No matter how hard I try, the English language will never feel as easy to use as the Swedish language.

This study is by no means scientific, the answers are based on interviewing fifteen people in England and fifteen people in Sweden, aged 22-59. Look out for the next question: What traditions do you celebrate?

Posted by Louise Halvardsson at 11:04