Question 3: Which Traditions do you Celebrate?

Can you celebrate Friday the 13? How many people swim in the sea on Christmas Day? The most interesting traditions are the ones you make up yourself in my opinion. Not many of the people I stayed with had their own ones, but then it’s hard to define what a tradition is. Many people have rituals they’re not even aware of themselves, but a ritual isn’t necessarily a tradition, it might be a practise of sorts.

Some people mentioned watching a certain TV-programme on a certain day or having a nice meal on a Friday night, but I’d call that a habit rather than a tradition. However I found it hard to exclude Sunday roast… I’ve tried to group the answers in order of popularity.

Traditions that People in England Celebrate 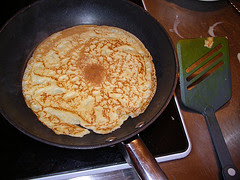 Christmas (“whether you want to or not”, “when getting together for Christmas, Mum will get everyone to stand around toasting with champagne, it’s a bit more formal than I’d like it to be”)

The Summer and Winter Solstice, Beltane, pagan stuff, celebrating the seasonal changes (“I used to go to Stonehenge as a pagan holiday”, “we marked the solstice by setting off lanterns on the seafront”)

Having Sunday roast (“I’m very English in that way , to the point it annoys my partner, but I don’t want anything but Sunday roast on a Sunday”)

Pancake day (“I’m not necessarily celebrating it on Pancake day. Before it was associated with lent or Passover, a way of putting all leftovers in a pancake, so not to be tempted to have leftover food when fasting, but I don’t do it for that reason”)

Going to the beach on the Summer Bank Holiday

St Patrick’s day (said by a person with Irish blood)

My Saint’s day (a Polish tradition)

Traditions that People in Sweden Celebrate 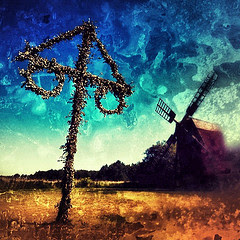 Christmas (“we always write rhymes on the presents”, “we put a fir-tree mat on the kitchen floor”, “we open one present at a time, nobody is allowed to open anything before everyone has had a present”, ”it has become a thing to outdo last year’s vegan smörgåsbord, to show the meat eaters that I can make even better food than them”)

Lucia (a tradition with pagan and Christian origins, people dress up in long white shirts, put candles in the hair and sing carols)

Midsummer (“A snaps and herring is a must for me, if I was abroad I’d make sure to bring it with me”. Dancing around the maypole is also obligatory!)

Going to the grave on All Saint’s Eve (putting candles on ancestors’ graves, hanging round graveyards, what people used to do before Halloween hit Sweden)

Friday the 13 (” you can have bad luck without it being a problem, if something bad happens you can think it’s Friday the 13, it’s an excuse in a way”)

My wedding day. Panacotta on anniversaries and Valentine’s Day

Camping on the beach in summer. Going to Öland once a year with the family to do certain things. Sleeping on the porch when the children were little to celebrate it was the summer holidays

My thoughts: I prefer the Solstice to Midsummer 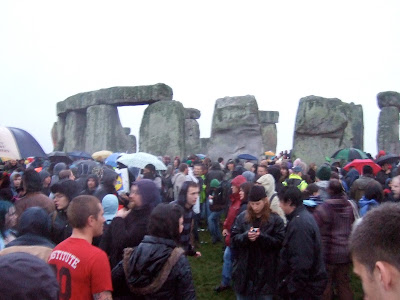 Everyone I stayed with celebrated Christmas in one way or another. Even though some were very reluctant, they often got invited to a Christmas dinner of some sort. Even the people who came from different religious backgrounds. I’ve blogged about the differences between English and Swedish Christmas here.

Easter just means a couple of days off for most people. Pancake day is much more popular in England than in Sweden.

When I grew up I never liked Midsummer because I found it too stressful trying to find a party and people were likely to get too loud and drunk. So after all my years in England I prefer celebrating the Summer Solstice and to do something more spiritual like meditating even though I often have a drink as well. Last year, as I was in Sweden, I made my family celebrate the Winter Solstice by going out in the forest when it was dark to drink glögg and do a scream.

A tradition that comes from my family is that when we’re gathered for different holidays and celebrations we always get together at the end of each day and share our worst and best moment of the day. This was a tradition that I brought to all the people I stayed with during the Swenglish project.

Worst yesterday: finding my mum and dad and brother boring for watching telly when I wanted to hang around and chat after dinner

Best yesterday: my brother making me laugh about a bag of old music cassettes I’d asked him to sort out

Posted by Louise Halvardsson at 15:29